We like to imagine how our designers could make creative use of antique, reclaimed lanterns: either electrified as a primary lighting source for a bedroom, study or hall or perhaps converted into gas lighting.
The marvel of these lanterns is their flexibility, they can look at home in a modern setting as well as the most traditional of homes.

At the Garden Court Vermont Street Showroom, we continue to feature select contemporary works that allow you to visualize how design works in the ‘real world’ intermingling styles and periods, fine Continental antiques and decorative pieces alongside more modern works. We’ve been fortunate to work with the informed Bay area interior designer and fine arts professional, Laurie Ghielmetti in hosting this exhibit.

California’s San Francisco Bay area was a major center for the emergent Abstract Expressionist school of art in the years following World War II. The work was characterized by ‘non-objective imagery that appeared emotionally charged with personal meaning’; an exuberant ‘free-spirited wave of creative energy’.

As much as every instant of the painter’s process requires his in-the-moment decision-making, the resulting works are multi-layered compilations of action over time— gestures and counter-gestures that amplify or obscure one another.

In his large-scale paintings on canvas, monumental non-representational forms hover in pictorial space and imply a potent energy force such as a tidal wave, avalanche, or cosmic flash. The dynamic forms and rich palettes of burnt umber, gold and maroon create an epic quality, like that in works by Titian, one of Carniglia’s influences, but without reference to specific mythic or religious subjects. Although rooted in Abstract Expressionism, Carniglia’s work could be described as contemporary Baroque, with its exaggerated sense of motion, grandeur and implied drama. In what he describes as our post-existential era, Carniglia’s act of painting is a search for meaning, not through religion, myth or history, and not as a personal rationalization in a meaningless world, but meaning that may be found in the unseen and otherwise unarticulated structures that underlie all of existence.

Jerry Carniglia was born in San Francisco in 1946. He received an MFA from UC Berkeley in 1993. He is the recipient of the Eisner and Phelan Prizes, a Gerbode Foundation Award and a MacDowell Colony Fellowship. His works are in the collections of The Fine Arts Museums of San Francisco and the Berkeley Art Museum. The blending of traditional, antique and contemporary makes a space interesting, exciting and a bit unexpected. To be sure, interiors design with a focus on all traditional or entirely contemporary stylings are splendid. But, often, when a designer takes the risk to blend styles; mix contemporary with antique, the results can be range from the stunning to dramatic.

A blend of styles reflects the way we live today; a mashup, if you will, that makes a larger statement than strict adherence to an normative or aesthetic.

Today, we celebrate an artist whose work we are showcasing in our Vermont Street Showroom, Dianne Romaine. Her Chroma paintings speak to her fascination with light and its magical properties. Select pieces are now on view.

“Dianne Romaine’s use of saturated pigment in her Chroma series composes a dramatic, almost photographically rendered void flooded with light. This captured moment references the photographic, giving the viewer a frozen glimpse of a transient glow.” – Oakland Art Museum
http://oaklandartmurmur.org/

These “Chroma” painting reflect a fascination with light that has been with me always- how it spills into a room, the edges, the slow, subtle changes as time advances, its magical presence. The light in these paintings come from layers of color, progressing to darks, allowing an internal illumination.

You can read more at the artist’s website http://www.dianneromaine.com A Monday conversation on design to start the week:
Jim Gallagher, manager of Garden Court Antiques remarks on a question & dialogue posed to him over the weekend regarding modernism & contemporary interior design elements. As the weather changes and the light changes, we are reminded that the only constant in life is in fact change.

On that front, Garden Court Antiques will also be changing its location. We are excited to announce that in the New Year, we will be moving over to the Vermont Center Google Maps Link. We have been so fortunate to have been a part of the community in the Showplace Building for the past 8 years, but it is time to move on.

Please come by and help us to lighten the load of what we will need to move to our new location! We are having our first ever sale. We have marked down several items from 30 to 50% off. We are happy to negotiate with you if you find something that you love. 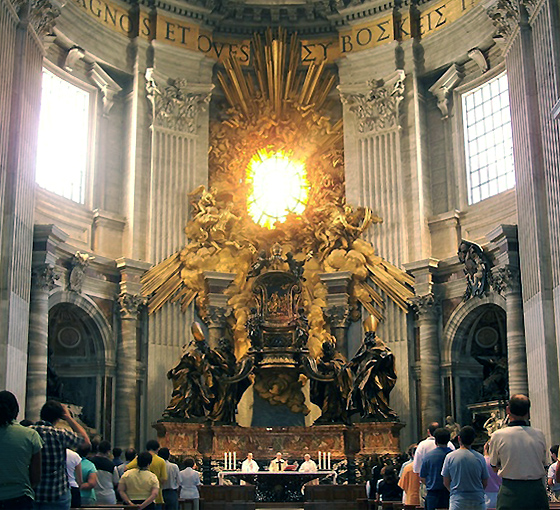 The Baroque style or Baroque movement began in about 1600. It was started in Spain and Italy and eventually spread north. This incorporated architecture, music, art, literature and furniture throughout Western Europe for more than 100 years. The huge impact that this style had on culture and architecture during this period was largely due the encouragement that it received from the Catholic Church. The Church was losing huge numbers to the Protestant Reformation that had begun 70 years before Henry Calvin, Martin Luther and others in Northern Europe.

Following the Council of Trent, the Catholic Church began to encourage the Baroque style. The idea behind the change in direction was to have the art, the music and the architecture to achieve two primary goals, reach out to the masses and show them who is the most powerful.

The first goal of the Baroque style was to have images and architecture that would be more accessible to a less educated population. The images and the music should be bold, simple and dramatic. The architecture should be strong, opulent and intimidating. It was about getting the attention of the people that might be swayed by the ideas of the Protestant Reformation. The goat hoof carved feet and images of epic biblical battles were relatable to the masses.

The second goal of the triumphant music, iconic imagery, bold carving and opulent finishes was to send a message of power and intimidation. There was a public relations battle of huge proportions happening in Europe and the Baroque movement was the Catholic Church’s answer to the austere trends of their Protestant counterparts. The message from the Catholics was

“we are the largest and most powerful entity in the western world and if you want to be on the winning team, stick with us”.

This battle to win the hearts and minds of the people of Europe had huge political and financial ramifications and the Baroque movement was the Catholic Church’s best chance and winning that battle. 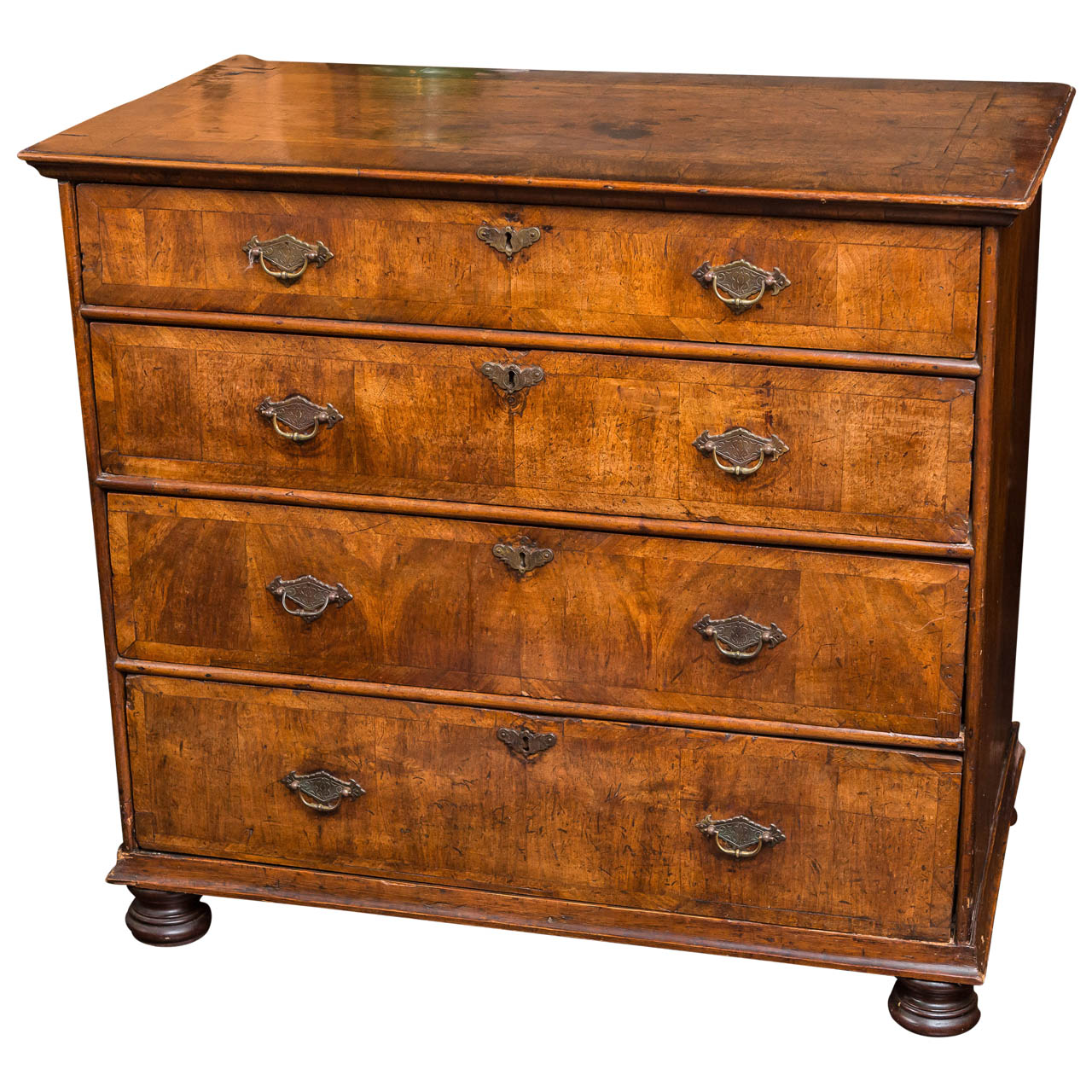 Georgian Furniture refers to furniture made in England during the time of King George, right? Well, yes and no. You see, there have been six King Georges so far. There reigns span from 1714 to 1952. So, in the world of antiques when we talk about Georgian furniture we need to be more specific about which George or Georges we are referring to.

Given that this period of furniture spanned a century, you can imagine that there were a number of furniture designers and cabinet makers that left their mark on the look and materials used in making Georgian furniture. Some the more memorable designers were Thomas Chippendale, George Hepplewhite and Robert Adam. While all of these styles of English furniture can be identified by these names, they are all considered forms of Georgian furniture.

Some of the defining elements of Georgian furniture would be the use of walnut and mahogany veneers. The neoclassical elements that Adams brought into his furniture design was influenced by his study of ancient architecture in Italy. Adams visited the ruins of Pompeii after the extensive uncovering of the ancient city in 1748. He was inspired by the fluted columns and dental mouldings that he saw there and incorporated them into his furniture. His work in interiors and furniture making inspired the Neoclassical movement in English furniture making.